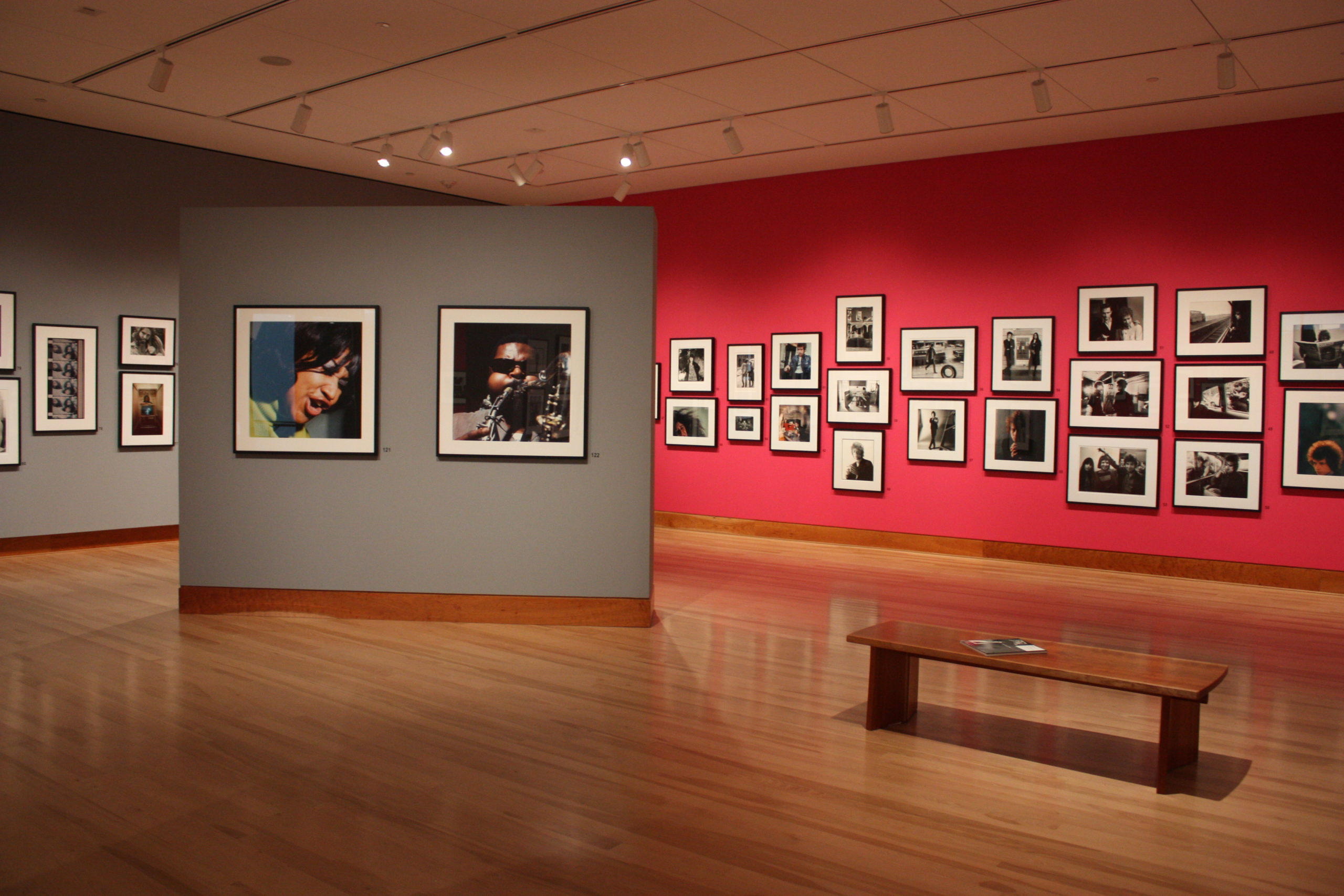 (Shelburne, Vermont) Rock and Roll provided the soundtrack to American culture in the late 20th century. Drawn from one of the largest private collections of photographs of rock musicians in the United States, Backstage Pass: Rock & Roll Photography captures the intimate relationship between photographer and musician. Featuring more than 300 photographs – many rarely seen by the public – the exhibition will include studio portraits and candid outtakes of famous rock and roll stars and jazz greats from Miles Davis, Elvis and The Beatles to David Bowie, Prince, and The Beastie Boys. Backstage Pass: Rock & Roll Photography is on view February 11 through May 7, 2017 at Shelburne Museum.

The relationship between rock and roll and photography is intimate and profound. A rock musician’s career is predicated on a cult of personality – the ability to strike a pose and live the life – just as much as command of an instrument. Photographers have flocked to rock musicians for the fleeting opportunity to capture celebrity both on and off stage. Backstage Pass will feature pictures taken of famous musicians including Elvis, The Beatles, The Rolling Stones, Jimi Hendrix, Bob Marley, The Grateful Dead, Eric Clapton, Bob Dylan, Johnny Cash, Janis Joplin, The Who, Patti Smith, David Bowie, Grace Jones, Madonna, Prince, U2, R.E.M., and Kurt Cobain, among many others. These iconic images were captured by more than 50 photographers including Harry Benson, Lynn Goldsmith, Bob Gruen, Laura Levine, Jim Marshall, Don Paulson, Kate Simon, Philip Townsend, and Baron Wolman.

The exhibition will be accompanied by a catalogue published by Yale University Press. The catalogue features approximately 100 photographs and essays by authorities such as Greil Marcus, author, music journalist, and cultural critic whose writings have appeared in Rolling Stone, Artforum, the Village Voice, and Creem; Glenn O’Brien, writer and former GQ magazine’s Style Guy columnist; Anne Tucker, the Gus and Lyndall Wortham Curator of Photography, Museum of Fine Arts, Houston and author of The History of Japanese Photography (Yale); Photographer Laura Levine, whose work has appeared in Rolling Stone and New York Rocker, and exhibited at the Museum of Modern Art and the Smithsonian’s National Portrait Gallery; and Kate Simon, a photographer whose work is in numerous public and private collections including the Smithsonian’s National Portrait Gallery, the Museum of Modern Art, and the Andy Warhol Museum.