Please note: Prentis House is only accessible as part of a guided tour.

Prentis House was built in Hadley, Massachusetts, in 1773, and it was moved to the Museum in 1955 to serve as a representative colonial home. It has remained mostly unchanged since the 1950s and is therefore an intact example of the Colonial Revival aesthetic that was so prevalent in museum period rooms in the first half of the twentieth century. It is named for Katharine Prentis Murphy, an influential collector of antiques who donated many of the high-style seventeenth- and eighteenth-century furnishings on display in the house.

Architecturally, Prentis House is an excellent example of a New England “saltbox” style, with its asymmetrical roof. It also has a massive central chimney with seven flues that meet on the second floor in a huge, beehive-shaped form. The house’s interiors feature William and Mary furniture, English delftware, stumpwork embroideries, and crewelwork bed hangings. 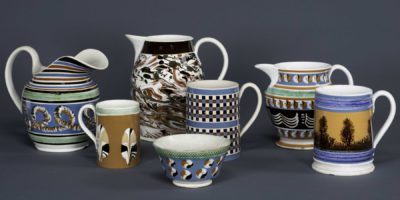 Learn
Back To Top
Stay Connected: Sign up for the Shelburne Museum E-Newsletter now